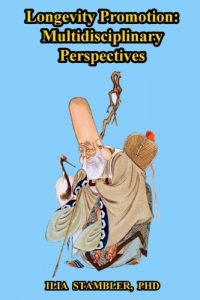 This book considers the multidisciplinary aspects of longevity promotion, from the advocacy, historical, philosophical and scientific perspectives. The first part on longevity advocacy includes examples of pro-longevity campaigns, outreach materials, frequent debates and policy suggestions and frameworks that may assist in the promotion of research and development for healthy longevity. The second part on longevity history includes analyses of the definition of life-extensionism as a social and intellectual movement, the dialectics of reductionism vs. holism and the significance of the concept of constancy in the history of life extension research, an historical overview of evolutionary theories of aging, and a tribute to one of the founding figures of modern longevity science. The third part on longevity philosophy surveys the aspirations and supportive arguments for increasing healthy longevity in the philosophical and religious traditions of ancient Greece, India, the Middle East, in particular in Islam and Judaism, and the Christian tradition. Finally, the fourth part on longevity science includes brief discussions of some of the scientific issues in life extension research, in particular regarding some potential interventions to ameliorate degenerative aging, some methodological issues with diagnosing and treating degenerative aging as a medical condition, the application of information theory for aging and longevity research, some potential physical means for life extension, and some resources for further consideration. These discussions are in no way exhaustive, but are intended to simulate additional interest, consultation and study of longevity science and its social and cultural implications. It is hoped that this book will contribute to broadening, diversifying and strengthening the academic and public deliberation on the prospects of healthy life extension for the entire population. The setting and careful consideration of a goal may be seen as a first step toward its accomplishment.

A History of Life-Extensionism in the Twentieth Century

This book explores the history of life-extensionism in the 20th century. The term life-extensionism is meant to describe an ideological system professing that radical life extension (far beyond the present life expectancy) is desirable on ethical grounds and is possible to achieve through conscious scientific efforts. This work examines major lines of life-extensionist thought, in chronological order, over the course of the 20th century, while focusing on central seminal works representative of each trend and period, by such authors as Elie Metchnikoff, Bernard Shaw, Alexis Carrel, Alexander Bogomolets and others. Their works are considered in their social and intellectual context, as parts of a larger contemporary social and ideological discourse, associated with major political upheavals and social and economic patterns. The following national contexts are considered: France (Chapter One), Germany, Austria, Romania and Switzerland (Chapter Two), Russia (Chapter Three), the US and UK (Chapter Four).

This work pursues three major aims. The first is to attempt to identify and trace throughout the century several generic biomedical methods whose development or applications were associated with radical hopes for life-extension. Beyond mere hopefulness, this work argues, the desire to radically prolong human life often constituted a formidable, though hardly ever acknowledged, motivation for biomedical research and discovery. It will be shown that novel fields of biomedical science often had their origin in far-reaching pursuits of radical life extension. The dynamic dichotomy between reductionist and holistic methods will be emphasized.

The second goal is to investigate the ideological and socio-economic backgrounds of the proponents of radical life extension, in order to determine how ideology and economic conditions motivated the life-extensionists and how it affected the science they pursued. For that purpose, the biographies and key writings of several prominent longevity advocates are studied. Their specific ideological premises (attitudes toward religion and progress, pessimism or optimism regarding human perfectibility, and ethical imperatives) as well as their socioeconomic conditions (the ability to conduct and disseminate research in a specific social or economic milieu) are examined in an attempt to find out what conditions have encouraged or discouraged life-extensionist thought. This research argues for the inherent adjustability of life-extensionism, as a particular form of scientific enterprise, to particular prevalent state ideologies.

The third, more general, aim is to collect a broad register of life-extensionist works, and, based on that register, to establish common traits and goals definitive of life-extensionism, such as valuation of life and constancy, despite all the diversity of methods and ideologies professed. This work will contribute to the understanding of extreme expectations associated with biomedical progress that have been scarcely investigated by biomedical history.

Ilia Stambler, A History of Life-Extensionism in the Twentieth Century, Longevity History, 2014