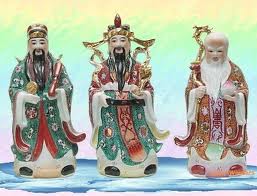 Do they necessarily go together? Apparently not always, or even not often… In the pursuit of longevity science, prosperity and luck are often in short supply. Apparently, difficulties with funding and promotion of longevity research, were as old as longevity research itself, going back to the origins of Chinese Taoist alchemy.  Here are some of the prominent protagonists voice their complaints from about 2000 years ago. Was this pursuit worth it? Hopefully. But let our ancient colleagues answer.

“I suffer from poverty and lack of resources and strength; I have met with much misfortune. There is nobody at all to whom I can turn for help. The lanes of travel being cut, the ingredients of the medicines are unobtainable. The result is that I have never been able to compound these medicines I am recommending. When I tell people today that I know how to make gold and silver, while I personally remain cold and hungry, how do I differ from the seller of medicine for lameness who is himself unable to walk? It is simply impossible to get people to believe you. Nevertheless, even though the situation may contain some unsatisfactory elements, it is not to be rejected in its entirety. Accordingly, I am carefully committing these things to writing because I wish to enable future lovers of the extraordinary and esteemers of truth, through reading my writings, to consummate their desires to investigate God [the Immortal Tao].”

“I have abandoned the worldly route and forsaken my home to come here. I should be ashamed to return if I could not attain the hsien [immortality].”

“O, the sages of old!” Wei Boyang said “They held in their bosoms the elements of profundity and truth. … Their sympathy for those of posterity, who might have a liking for the attainment of the Tao (Way), led them to explain the writings of old with words and illustrations. They couched their ideas in the names of stones and in vague language so that only some branches, as it were, were in view and the roots were securely hidden. Those who had access to the discourses wasted their own lives over them. The same path of misery was followed by one generation after another with the same failure. If an official, his career was cut short; if a farmer, his farm was cluttered with weeds; if a merchant, his trade was abandoned; if an ambitious scholar, his family became destitute – in the vain attempt. These grieve me and have prompted the present writing. Although concise and simple, yet it embraces the essential points. The appropriate quantities [and processes] are put down for instruction together with confusing statements. However, the wise man will be able to profit by it by using his own judgement.”